They’re creepy, kooky, mysterious, and spooky and recently took over the stage at Haralson County High School. Yep, The Addams…

They’re creepy, kooky, mysterious, and spooky and recently took over the stage at Haralson County High School. Yep, The Addams Family musical brought a jolt of gothic fun to North Georgia and LETELmetrics was proud to be a supporter of this fantastic production.

We have to give a shout-out to LETELmetrics’ very own star performer, Walkyr Johnson. Walkyr absolutely “killed” the part of Pugsly. He’s such a great up-and-coming actor that he was the only 8th grader included in the high school’s production. Don’t take our word for how awesome he is: we’ve got video:

Haralson High School Theatre has been directed by Mark Stich for over 15 years. This year also saw successful productions of The Gift of the Magi, The Tin Woman, and Florida Man: Trial of the Century, which was written by HSH senior Will Stanton.

The Addams Family is a musical comedy with music and lyrics by Andrew Lippa and book by Marshall Brickman and Rick Elice. The show is based upon The Addams Family characters created by Charles Addams in his single-panel gag cartoons, which depict a ghoulish American family with an affinity for all things macabre. Although numerous film and television adaptations of Addams’ cartoons exist, the musical is the first stage show based on the characters. It opened on Broadway in April 2010. The original cast featured Nathan Lane as Gomez and Bebe Neuwirth as Morticia. The Addams Family won several awards during its Broadway run including a Drama Desk Award for Outstanding Set Design, an Outer Critics Circle Award for Outstanding Set Design, and the 2010 Drama League Award for Distinguished Achievement in Musical Theatre Award (presented to Nathan Lane). The show was nominated for two Tony Awards.

Giving back to our community is of utmost importance to LETELmetrics. LETEL proudly supports the arts, especially as it relates to kids, and looks forward to more sponsorships (and more amazing performances by our boy Walkyr) in the future. 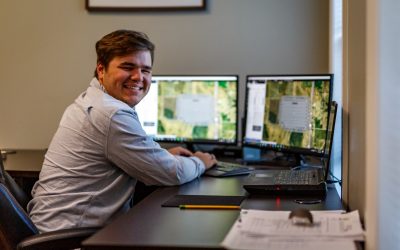 Welcome to the fam, Nick King! LETELmetrics is happy to announce Nick King as our newest employee. Nick and Dakota are longtime friends and he previously worked at Magnum Contracting before his time here. Nick went to Southern Crescent and studied computer programming...

END_OF_DOCUMENT_TOKEN_TO_BE_REPLACED 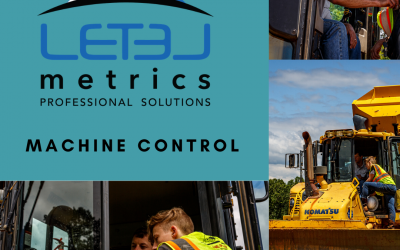 From the engineered design to your dozer, our team’s extensive knowledge allows us to build from an operator’s or engineer’s perspective. In the engineering world, MACHINE CONTROL has become increasingly important. It’s used to accurately position dozers and other...

END_OF_DOCUMENT_TOKEN_TO_BE_REPLACED

Complete Your Company’s Puzzle with LETELmetrics

LETELmetrics, LLC has gained a well-earned reputation as the place to go for professional engineering solutions for your business. Now, after years of hard work and the future coming into clearer view, LETEL has moved from drones to engineering, Lidar mapping, and...